There are some great places for whale watching San Fransisco. 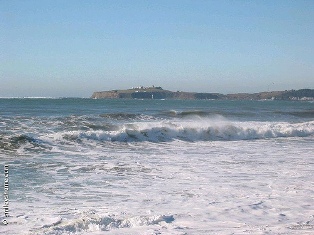 The migrating gray whales pass by here between December and May.

Other species include blue and humpback whales, and different species of dolphins.

Different tours operate from the city and Half moon Bay out to the ocean and Fallaron islands.

Trips in San Fransisco Where You Can See Whales